Why Doesn’t My Child Want To Go Outside? 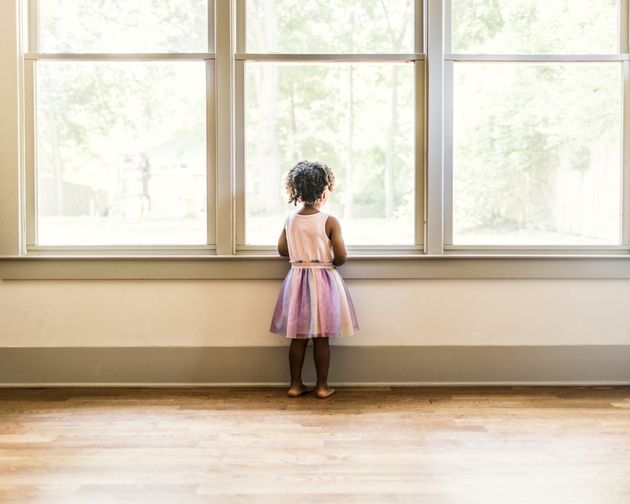 We’re here to guide you through the coronavirus lockdown. Sign up to the Life newsletter for daily tips, advice, how-tos and escapism.

You might think lockdown has left us all yearning to be outside – at a time when we’re restricted to one daily exercise outing, even staring out the window can feel a lot like a case of ‘wanting what you can’t have’.

Not so, for some kids. My three-year-old is one of them: every time I start panicking he’s been staring at a screen for too long – and that he’s going to be left with vitamin D deficiency from lack of exposure to direct sunlight – I’ll yell out, “It’s trampoline time, now!” To which he’ll gleefully yell back, “No, thanks!”

He’s not just being obstinate and it’s not because he’s obsessed with screens, either. It’s not even a direct dislike of the big outdoors – he just gets so... absorbed in whatever he’s doing. And nine times out of 10, that’s something inside.

It can be playing with Lego, building a den, or following the cat around making “meow” noises and asking “what language do pussycats speak”, like he’s a tiny David Attenborough, conducting an important field experiment.

My toddler isn’t alone. Twitter user Katherine recently bemoaned her toddler’s unusual behaviour, saying he was “uncharacteristically moody, all the time” and doesn’t want to do anything, go anywhere “or even leave the house”.

And she wasn’t the only one experiencing the phenomenon of the ‘reluctant child’. Many parents responded to the tweet sharing that their child, too, doesn’t want to go outside during lockdown.

One mum said her five-year-old had barely left the house in five weeks. “I can count the occasions on my fingers,” she said. “Maybe it’s hard for them because they are told we have to stay home, so they can’t differentiate.”

Another parent said her daughter wants to get in the car as soon as they leave the house. “I literally have to bribe her to walk!” she said, while another mum confessed she’d been “bribing” her daughter into the buggy with snacks.

Why is it, then, that our kids are usually desperate to get outside – but now they’re suddenly not? Consultant clinical psychologist Emma Citron says we need to bear in mind kids aren’t used to having quite so much time at home – or just being. “They’re not used to having their parents around, all the time, either,” she says.

“Remember they’re the same as adults – it can be very hard to motivate ourselves, and it should be no surprise that children are the same,” she continues. “We often have higher expectations for our children than we do for ourselves, but we have to remember they’re just like us, struggling with the same existential feelings of anxiety, stress or low mood – and they’re trying to adjust to that.”

Naturally, they’re going to be less motivated. And, says Citron, if you’re lucky enough to have a garden, it’s not likely to be fear of the virus that’s keeping them in. “It’s more likely that they’re adapting to their ‘new normal’ and finding things they enjoy doing indoors that help them feel safe and secure.”

Try not to worry, she adds. “I think it’s about going with the flow and being flexible around expectation. Don’t introduce rigid rules, you can afford to be more flexible than you would normally, at a time like this.”

Here are four ways to coax your child out to get some fresh air, whether that’s in the garden or for their daily walk or exercise.

Introduce ‘active hour’. Citron says you could suggest an active hour, or active 40 minutes, once a day and see how your kids take to it – “followed by their favourite Peppa Pig video,” she adds.

Keep talking. Keep communication up and if they don’t want to go outside, ask why they’re feeling that way, she adds. “Model it; say, ‘Darling, I’m feeling that at times it’s hard to get going, are you finding that too?’ Empathy is important and so is sharing the common experience with your child.”

Don’t look nervous. “If your child is anxious about going out because of the virus, try not to look nervous or jump away from joggers,” Citron says. Don’t ask nervously, ‘Why haven’t you got your gloves on?’ Instead, try to chill out as much as possible.”

Change your expectations. We should try to change our expectations of our kids at this time, she adds, and remember that, like us, they’re going to be struggling and having difficult behaviours. “Don’t pile on the pressure,” she says. “Keep your expectations real – and achievable.”