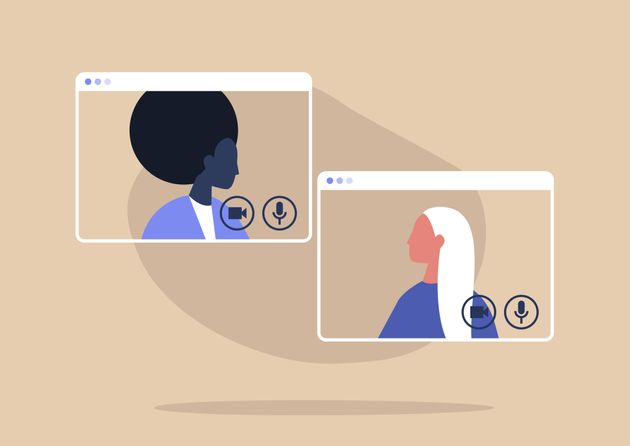 We’re here to guide you through the coronavirus lockdown. Sign up to the Life newsletter for daily tips, advice, how-tos and escapism.

You’re in a Zoom call, Google hangout, WeChat, or Skype. Your colleagues are neatly displayed on your screen in a sea of squares in front of you, their backdrops showcasing the most acceptable corners of their homes. It’s a familiar sight for many of us right now.

Video calls have become the norm for people working from home – and it’s likely they’ll be a part of our working day for some time yet. But why can they feel like such hard work sometimes?

There’s a lot going on, psychologically, from the moment we click the button to enter an online hangout. Here, we break down why it can be such a mental minefield – as well as some tips to make it easier.

We expect them to be the same as real-life meetings

One of the problems with virtual meetings is we expect them to be no different to our usual face-to-face meetings. But they simply can’t be.

“People have moved to Zoom and what they think they’re doing is moving a real life meeting onto a Zoom meeting,” says Dr Aaron Balick, a psychotherapist and director of Stillpoint Spaces. But a Zoom meeting is not the “functional equivalent” of a face-to-face meeting – nowhere near in fact. “You can’t just translate one thing to the other,” he says, “you do it differently.”

One key change to make online meetings run a little more smoothly is to have a designated chair – someone who organises the meeting, lists out an agenda, determines the order people speak and for how long. This should reduce the chances of participants shouting over one another at the same time (sound familiar?).

As soon as we hop on a video call, we concentrate hard on the footage in front of us to compensate for the lack of non-verbal cues in the meeting. Meetings with more than one person have additional challenges because the more faces there are, the more complicated it can be to process.

Usually, we pick up on all kinds of implicit non-verbal communications in face-to-face meetings, says Dr Balick. They can be subtle signs – for example, if someone is leaning towards you, they tend to be more interested. If they lean back or their eyes look away, they’re losing interest – so you moderate what you’re saying.

When we’re on a video call, however, we’re only seeing a person’s face and their shoulders. “We lose a good 90% of the cues that we usually use,” says Dr Balick. So people are making up for that loss. They’re using other parts of their brains to look more closely at faces and fill in the gaps of communication they’re not getting. This is why we get ‘Zoom fatigue’ – because, usually we receive this information relatively passively. 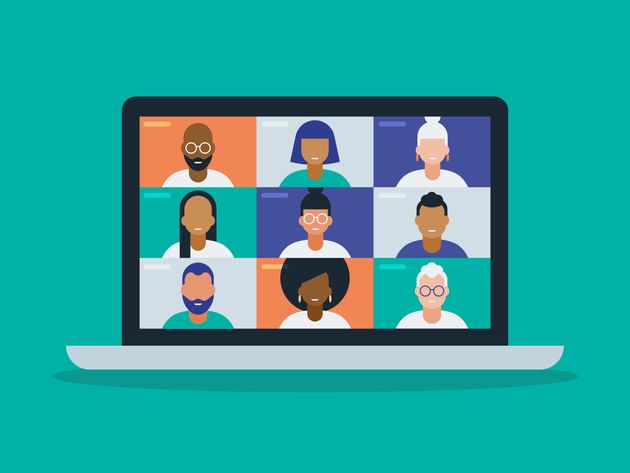 A lack of social cues means more room for misinterpretation – so you might come out of a call feeling deflated by a comment someone made.

“Somebody might experience a criticism as much more critical than it was intended,” he says. “They might end that meeting feeling much worse because they didn’t get the warmth of somebody’s body language, the eye contact, or the touch on the shoulder that says: ‘It’s alright, I’m with you’.”

Conversations also seem to flow less freely on video calls, with people often talking over one another. Research shows in real-life group meetings, non-verbal cues enable people to know when they can jump in a conversation, explains Balick, “but because Zoom or Skype really only allows one voice at a time, you get these irritating moments where two people speak at once.”

On the opposite end of the scale, you can endure plenty of awkward silences – and these can be more difficult to bear online. It’s weird to sit silently in a virtual meeting, so people tend to compensate by talking more, but Balick suggests embracing the silence. It’s okay to take a moment to collect your thoughts.

Balick says team leaders and HR managers could check in with individuals after meetings, making sure any emotional content is properly addressed, rather than glazed over.

We can’t give the meeting our undivided attention

Anyone who’s been in a video conference call will know how hard it can be to focus – this is called continued partial attention, says Dr Balick. The issue is you’re already at your computer before the virtual meeting starts – answering emails, fiddling with a Word doc, or making a Powerpoint presentation.

Then, when the meeting begins, you don’t close those windows or tabs. You engage for a short period of time, but when you get a notification that you’ve got an email or a message, you take a quick glimpse. You switch to another tab, refresh Twitter while you’re at it, and your attention in the meeting has gone.

“You’re unknowingly multitasking all the time,” says Balick, “so even if you don’t open that email, part of your brain starts thinking about it.”

One way to get around this is to close your tabs and take notes by hand. It’s been shown to increase retention in schools and can help you concentrate more, and also remember what’s being shared.

Some say remote working has humanised our workplaces, helping us feel closer to colleagues. Where once we’d be called into a boss’s office for an appraisal, instantly affected by the power dynamic, now we’re seeing leaders in messy living rooms, bedrooms, and with kids running around in the background.

This could be why we’re opening up more to our peers on video calls – even in formal team meetings. All of a sudden, people are sharing how they’re feeling, whether that’s “I’m finding this really hard”, “I’m feeling anxious” or “my kids are driving me up the wall”. It’s known as the online disinhibition effect – where we loosen the social restrictions and inhibitions normally present in face-to-face interactions when we’re talking on the internet.

“In some cases, people are liable to say more about their emotional feelings,” says Dr Balick. “You don’t have all those people around you [in real life] who might make you feel ashamed to speak your mind.”

The very nature of remote working means informality is missing – what Balick calls “the water cooler” moments. “It might be that after a stressful team meeting, as people would decant, they would go and have lunch together or simply walk down the corridor together and debrief a little bit,” he says.

“All of these informal moments where coworkers are catching up with each other, talking about last night’s television, all the stuff that happens in work, it’s not happening organically.”

Having interactions between colleagues that are purely social benefits everyone, he says. He suggests being purposeful about social interactions – “you have to think of working from home as not just a task-orientated affair”. As part of this, companies might want to incorporate non-work-based online socials such as after work drinks or a weekly quiz.

Employers might also want to encourage colleagues to video chat each other directly for informal chats that aren’t meetings with a business agenda. “It’s not an employer’s job to cohere the entire social structure of the workplace for your employees,” he adds. “But you should be mindful that they’re missing that.”