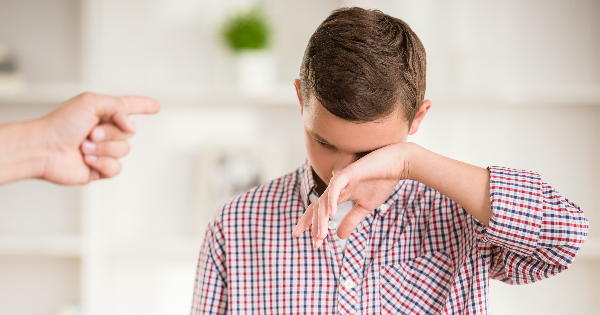 During high school, Taylor suffered from depression that left him confined to his bedroom after school and with suicidal thoughts. Like so many boys I interviewed during research for my book on the resilience crisis facing many boys and men both nationally and globally today—and the solutions to this public health epidemic—he could talk about these struggles to some degree with his mother but not with his father. On the few occasions when he did screw up the courage to broach his depression with his father, he ignored or rebuffed these attempts to talk. The recent college graduate described his father as a “’suck it up and keep going’ kind of a man” who preached the gospel of rigid self-reliance and that “showing emotion other than anger is weakness.”

Taylor did three things that many boys in his position do when they feel rejected. “Since nothing stuck with my father, I simply stopped trying.” Second, he bought into his father’s lone wolf mindset, which made things far worse. Third, when he did seek advice he turned to adolescent male friends.

Too many boys today are like Taylor: suffering, emotionally isolated and feeling like failures as burgeoning men because they can’t live up to expectations that no longer serve anyone in the 21st century. The old masculine ‘script’ many fathers foist on boys no longer works, nor serves a generation that, although they hate to admit it, have the same emotional needs as girls—as all humans.

No research more starkly lays bare the way fathers indoctrinate boys into this script, at a surprisingly young age, than a groundbreaking 2017 study published in Journal of Behavioral Neuroscience. The lead researchers from Emory University used brain imaging and recordings of fathers at home with their one- and two-year-old sons and daughters. They discovered that fathers sang more to their daughters; used more analytical language and language related to sadness with daughters; displayed a “stronger neural response to their daughter’s happy facial expressions in areas of the brain important for reward and emotion regulation.”

And this: These fathers responded far more often to their young daughters when they cried at night than they did their sons.

How did they respond to their sons? They engaged in rough and tumble play with them; they used such words as “top” and “win” which spoke not just to achievement but to domination; their brains responded more positively when their sons revealed neutral facial expressions, sans joy or sadness. Of course, fathers aren’t the only ones authoring this narrative. A 2014 study conducted among Spanish parents found that mothers used a higher proportion of emotional language with daughters than with sons. And the seminal work of researcher Edward Tronick has shown, for five decades, that mothers would rather interact with infant daughters than sons who are more fussy, irritable, sensitive and require more calming.

Why are we so careful and deliberate about what we say—and don’t say—to boys about their deeper emotional lives? Why are we so worried about the ways we touch—and don’t touch—boys? We like to think that, by withholding compassion and nurturing from boys as they get older, we’re raising ‘competent’ men—tough, resilient, independent. As one father confessed during my research, “I’m afraid that I’ve failed as a parent if I don’t prepare my son for the difficulties of life.”

This logic would hold up if boys were flourishing. But they aren’t.

Anyone who has been paying attention knows that boys are lagging behind girls in school all the way through college—they earn lower grades, complete classwork and study less often, graduate at lower rates and are more likely to drop out of high school and college. If only the glaring discrepancy ended there. A 2017 U.S. Census Bureau analysis found that both young men with and without college diplomas are “falling to the bottom of the income ladder,” as young women beat them out for both white collar entry-level and blue-collar jobs. While more and more college graduates are taking lower-level white collar positions or service-industry jobs until they can catch a break, young men are more likely to either remain in service-industry jobs or not work at all. Many young men would rather stay home and ‘game’ than work jobs and earn incomes they feel are ‘beneath’ them.

Clearly, the tough love approach isn’t making enough of a dent for many boys and young men today. Perhaps we should look to what’s clearly working for young women. Research shows that fathers play a significant role in the success of successful daughters—more and more fathers are helping to raise strong, independent daughters no longer held back by dusty gender limitations. The secret ingredient in motivating their daughters: They leaven this guidance with more hands-on attention, affection and nurturing than fathers used to. Jake spoke to this disparity. The college lacrosse player told me that his father is far more helpful with his younger twin sisters than he was with Jake when it came to homework. “He doesn’t think twice about sitting down with them and talking things through. With me? He used to say, “Figure it out. You’re a guy.’”

A college student in the masculinity course I teach, Katherine, echoed this double standard: “My father always taught me how to succeed in sports and school. He does this with my younger brother, too, but he’s more nurturing with me. Sometimes I think this is the reason I do better in school than him.”

In her book Emotional Agility Harvard Medical School Psychologist Susan David writes about this—specifically, what’s needed to develop deeper, lasting resilience. David says that all emotions are survival tools that, if pushed aside, compromise our ability to respond to challenges effectively. She’s talking about a resilience born out of what researchers call “emodiversity”—the benefits of embracing the full range of human emotion. This is the message many fathers still need to teach their sons.

At 22, Jake is starting to see the value in this. “I think I’d be further ahead in   academics—maybe in the rest of my life—if my dad had taught me more emotional intelligence. I see guy friends who were raised with this,” he told me. “They just seem, I dunno, more focused. More grounded.”

This report uncovered a bittersweet truth: girls are thriving and finally enjoying a female identity without limits or prejudices. Not so boys. This strait jacket of emotional illiteracy only constricts as boys get older—and with devastating results.

If you believe in the work we are doing here at The Good Men Project, please support our mission and join us as a Premium Member.

All Premium Members get to view The Good Men Project with NO ADS. Need more info? A complete list of benefits is here.

The post The New Love Sons Need From Fathers appeared first on The Good Men Project.