The Need to Show Up as a Voter or a Candidate 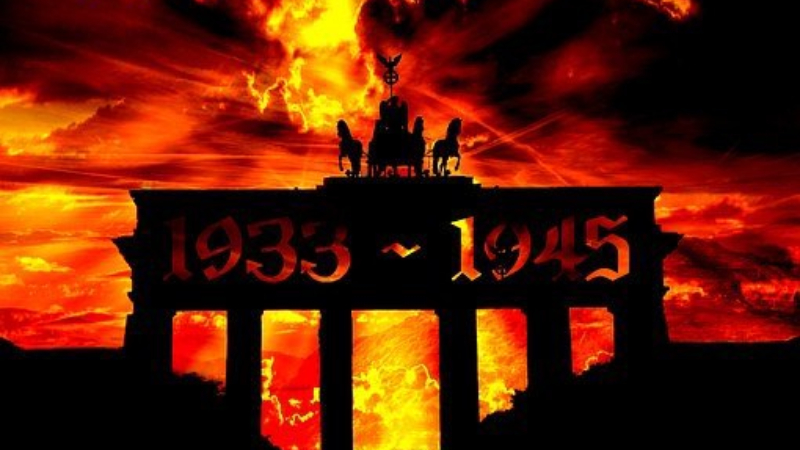 Is deadly violence the only kind of social engagement we will support?

I first asked this after my nation celebrated the holiday season with another shooting during church services in Texas and a machete attack on a Hanukkah celebration in New York. The former struck me close because I live in Texas and the latter struck me close because it happened while a Hanukkah celebration was going on in my home.

If I fail to make the statement, my anti-bigotry stance may be disregarded as naked self-interest by a “faggot” or a “kike.” Nobody would stand up for those people, goes the hardcore position.

If I make the statement, I feel like a coward grasping for the chance to talk the talk with no danger I will ever have to walk the walk.

During the mainstream civil rights movement, terrorism was rampant, but nobody would mistake most white people for black people. Throwing down with the black community was a choice and some white people gave their lives for that choice. In those days, the thugs who expressed their cowardice by wearing pillow slips on their heads had a list, and there came a time when there were more people on the terrorist hit list than there were terrorists.

When the Southern Poverty Law Center successfully sued domestic terrorist organizations that did public fundraising and owned real estate, the terrorist activities died down and the various organizations that sprang from the ashes of the ones taken down kept a very low profile.

The fires were tended by men who cleaned up enough and learned enough grammar to get speaking gigs on campuses. While they claimed to be defending the “white race,” they skipped over both explaining who these “children of the sun” are and why they needed defending.

Make no mistake about it, our people have played a HUGE role in electing Trump!

Another member of the suit and tie brigade is Richard Spencer, educated at the University of Virginia and the University of Chicago and Duke. He came to prominence as a neo-Nazi and he proudly embraces white supremacy. He talks about re-constituting the Roman Empire. I am not making that up.

He was at a podium when President Trump’s election was announced, and he responded:

Spencer claims to have coined the term “alt right,” and the benediction he gave the meeting with the Nazi salutes celebrating the age of Trump went viral:

Fast forward to August 2017, and a rally Mr. Spencer named,

I sat in my living room and watched young men carry tiki torches around a Charlottesville synagogue and chant:

Jews will not replace us!

I’ve heard claims that last chant was “You will not replace us!” I heard it in real time and I call bullshit.

Clever as Mr. Spencer’s call for a party like 1933 was, I was sitting there in November of 2017 and it looked to me like November of 1938, Kristallnacht, and if that’s not what was about to happen, where were the police?

The next day, Virginia Governor Terry McAuliffe declared a state of emergency and the state police attempted to shut it down. There were scattered fights, but nothing deadly until white supremacist James Fields rammed a crowd of counter-protesters, injuring 19 and killing Heather Heyer.

President Trump made a statement condemning “violence on many sides.” His initial statement provoked outrage because it sounded like a claim of moral equivalence among people who literally worshipped Hitler and KKK sympathizers on one end of a political continuum that ended on the other side with people who came to stand up for nonviolence and against racism.

As he often does when challenged, the POTUS doubled down with a claim that there were “very fine people on both sides.” Most U.S. presidents since Abraham Lincoln have managed to take a side against racial divisiveness, one who could not manage that being Andrew Johnson, the first president to be impeached. His alleged misconduct was mishandling of Reconstruction, the process of knitting the nation back together after the Civil War.

I grew up with the excesses of the House Un-American Activities Committee, so I am sparing with the term “un-American.” It’s also considered argument out of bounds to call somebody a Nazi. That fine sentiment does not account for people who call themselves Nazis.

To defend my use of the epithet “un-American,” I offer the following remarks. They are not original. They represent one view of American exceptionalism and it’s a view that is common as dirt.

The United States is a nation that lacks all the historical glue that has held nations together.

If “race” were a meaningful way to categorize human beings, the U.S. is not defined by a particular “race.” Most of our citizens are immigrants, and the nation has prospered with involuntary immigrants from Africa bringing crops from soil that was stolen from American Indians.

We lack a common language. While English dominates, Spanish is spoken across the desert Southwest and in the Puerto Rican neighborhoods of eastern cities, French in Louisiana and along the Canadian border, and there are hundreds of languages indigenous to the Americas as well as groups of immigrants who still speak languages from the nations of their birth.

We are not even geographically contiguous. In addition to the citizens in the U.S. Virgin Islands and Puerto Rico, Samoa and Guam, we have two states not connected to the rest of the country.

The glue that holds this country together is either weaker than any of those traditional self-definitions or it is stronger. It is up to us to make it so, but the United States of America will be held together — if it is — by the ideas set out in the Constitution, a document that sets out procedures for peoples who don’t agree on much to settle disputes peaceably and hold elections that those who lose consider to be legitimate.

If this statement of what sets us apart among nations is correct, then what are we to make of a leader who rides to prominence on the absurd claim that the first black POTUS was actually born in Kenya because, I suppose, his graduate student mother chose to give birth to her first child in a place where the medical care is superior to Hawaii?

He announces for president claiming that Mexico “does not send us its best people.” He discourages immigration from Muslim countries and suggests that Muslims elected to Congress “go back where they came from.”

In short, there are few cracks in American society where this president has not attempted to place a wedge. I suggest that if “un-American” is not entirely out of bounds, then it describes the behavior that threatens the ideological glue that holds us together.

A very recent tweet suggests where this politics of division comes from: a place where all politics are personal. Mr. Trump tweeted:

So sad to see that New York City and State are falling apart. All they want to do is investigate to make me hate them even more than I should. Governor Cuomo has lost control, and lost his mind. Very bad for the homeless and all! (emphasis added)

Say what? He “should” hate New York and an investigation makes him “hate them even more”?

New York’s last investigation shut down the Trump Foundation with Mr. Trump paying back $2 million he had stolen. He had to pay out $25 million for defrauding Trump University students, but New York had nothing to do with that lawsuit.

The investigation that stirs “hate” has to do with how Mr. Trump reported the money he paid to a couple of ladies to keep quiet about alleged sexual escapades. How is this not a valid question for state tax authorities to be asking? Why is it rational to hate them?

I don’t hate Donald Trump and I don’t think I would hate him even if I had been defrauded by Trump University. Assuming that hate has a place in our lives, I don’t think that place is in politics.

I can certainly hate some Trumpian policies, beginning with snatching children from their parents at the Mexican border. It makes me wonder if Trump hates those kids whose lives he is turning upside down? I can’t imagine why, except that they are the wrong color and they speak the wrong language if they are old enough to speak.

The Constitution — that document I claim will hold us together if we are going to stay together — guarantees us a republic. That is, government by who shows up. That is why the midterm elections brought us a record number of women in Congress.

Part of the reason is that Mr. Trump has done things particularly insulting to women and the other part — in an opinion it pains me to admit — is that women seem to catch on to fraud more quickly. Maybe I’m wrong about women catching on more quickly than men. I hope I’m wrong.

We need to show up for next year’s elections to punish Mr. Trump and his enablers. But that’s not all. It may take decades to repair the damage Mr. Trump’s political wedge has done to our institutions and to put the David Dukes and Richard Spencers back under the rocks where they were hiding.

We’ve always had racists and probably always will, but the objective of showing up is to take away the sense of empowerment they have gotten from the current POTUS. There was a time when a white supremacist would not admit to holding those views. Being accused of racism used to be embarrassing.

Getting rid of Trump is the easy part. The hard part is getting back to a place where you can say of your political opponent that he’s wrong. Not evil — just wrong. And if he gets elected, you will work with him on what you have in common and try to expand those issues where you agree.

Republics are governed by who shows up. Sane people need to show up in 2020 like never before.

The post The Need to Show Up as a Voter or a Candidate appeared first on The Good Men Project.