The 6th Biggest Selling Book in the English Language 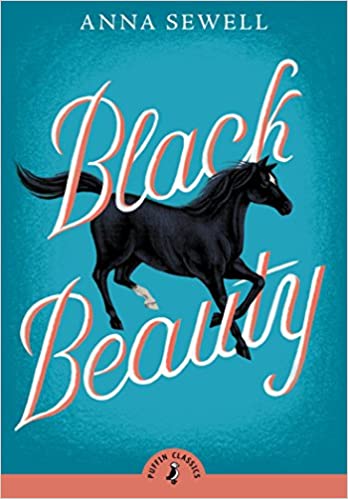 Buy it on Amazon.

The last book Ludwig Wittgenstein read — the book he read as he lay dying — was “Black Beauty.”

I have always wondered why.

Wittgenstein was arguably the greatest philosopher of the 20th Century. Although he wrote “Everything that can be said can be said clearly,” his linguistic analysis is brainsplittingly difficult. By all accounts, doing philosophy was torment for him. Why, of all the books he knew, would he turn in his final days to a book we think of as a novel for children?

To crack the riddle, I re-read “Black Beauty.” And I think I figured out what the lure was for Wittgenstein — “Black Beauty” is not a book about a horse for kids, it’s a parable. For us all — though it is still a favorite chapter book for horse-loving kids, grade 5 and older.

As a child in the l800s, Sewell injured her leg and was an invalid for life. Because she lived with her mother in London, she had more reasons than most to use horse-drawn carriages. And there were many — as many as l0,000 hansom cabs in London at that time. Those cabs were a public scandal; the horses were often badly treated. (Like, say, the poor, then and now.)

“Black Beauty” was Sewell’s only book. She wrote it in the last few years of her life, when she was so weak she had to dictate it to her mother. But she was as clear a thinker as she was a storyteller. Her aim in writing ”Black Beauty,” she said, was to “induce kindness, sympathy and an understanding of the treatment of horses.” She succeeded admirably; “Black Beauty” was an instant hit, and, it is said, is “the sixth best seller in the English language.” Sewell died a few months after it was published. I would say her life was complete. [To buy the paperback from Amazon, click here. For the $.99 Kindle edition, click here.]

And I would say that Black Beauty’s life is complete as well. As he tells the story — remember, the horse is the narrator — animals are just people in other forms. They think, feel, speak. And their personalities are a sophisticated combination of temperament and circumstance.

Black Beauty has great luck in his youth; his mother is a good teacher and his master is kind. He learns not to be afraid of trains, to be a good partner to another horse as they pull a carriage. Black Beauty has speed, and in an emergency, he can get a messenger to a doctor fast enough to save his mistress’s life. He has great instincts, and refuses to cross a rotting bridge, saving more lives. He is loved and thanked, fed well and expertly cared for; his lot could not be better.

But three years of happiness are all Black Beauty has, for his owner must move to a better climate and his horses are sold. Misuse leads to injury, and, level by level, Black Beauty leaves the world of country privilege for the city life. But it is not so bad; his master is kindness incarnate. Among Jerry’s beliefs: “If we see cruelty or wrong that we have the power to stop, and we do nothing, we make ourselves sharers in the guilt.” (Gee, see any implications there?)

Seeing is believing? The horse knows better: “Feeling is believing.” And as he falls to the lowest rung, he comes to learn what real cruelty is like. Oh, but this is a Victorian story — it must end well. And it does. The circle is completed. In his old age, Black Beauty is returned to his rightful prominence. “My troubles are over.” Before he is quite awake, he often finds himself dreaming of his first home….

Why did Wittgenstein read “Black Beauty” at the end? Because it’s a picture of an orderly world, with good that’s more powerful than evil. It’s a world anyone would want to live in. And, with this book in hand for a few hours, anyone can.

BONUS VIDEO: THE LAST SCENE OF THE BEST VERSION OF THE FILM

Originally Published on The Head Butler

Sign up for our Writing Prompts email to receive writing inspiration in your inbox twice per week.

We have pioneered the largest worldwide conversation about what it means to be a good man in the 21st century. Your support of our work is inspiring and invaluable.

The post The 6th Biggest Selling Book in the English Language appeared first on The Good Men Project.