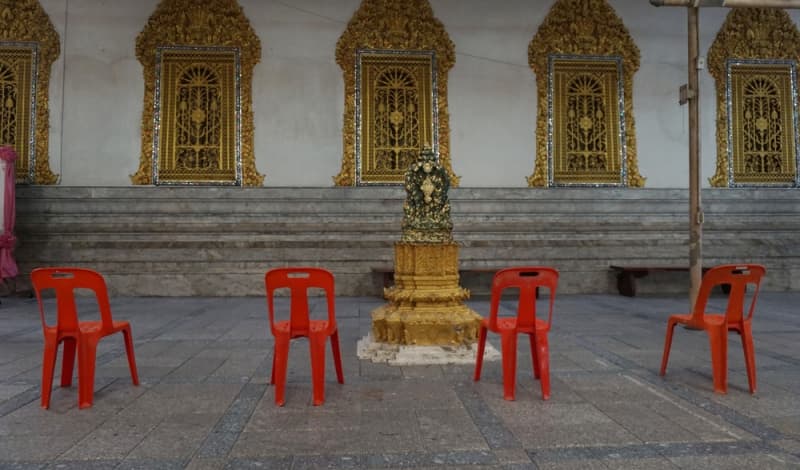 How do things spread? How fast can something spread? To how many people can one “infected” person transmit a condition?

Let’s look at some of the unintended consequences of systems for spreading in diseases and religions. And I’m not saying that diseases are religions or religions are diseases, just that they have similarities in the way they spread. Understanding that helps us understand our history.

A disease’s incubation period is the time between someone’s exposure to the infecting pathogen to when they show first symptoms. During that period, the disease pathogen replicates to the critical mass needed to affect its host (or sometimes lies dormant). Incubation periods vary for diseases.

Latency periods also vary. Latency periods are the time from being infected to when an infected person becomes contagious. That means that diseases having a latency period shorter than their incubation period can then spread through infected carriers without their knowledge (since the carrier may not yet know that they have become infected).

Let’s look at some serious communicable diseases, how incubation periods affect how they spread, and how new systems emerged to change the way they spread.

Plague. Incubation period 1 – 6 days. The yersinia pestis bacteria is believed to have historically spread in areas with rats and fleas (though this transmission path has been doubted). Today, with fewer opportunities for rat-flea-human contact (or fewer people living with body lice and fleas), this disease is rarely encountered and spread.

Old system: Plague spread around Central Asia and Europe by infected people (by some before they showed symptoms) boarding rat and flea-infested ships and carrying the disease to port cities. Close living quarters and common presence of rats and fleas spread the parasitic microbe disease through flea bites.

New System: There are fewer opportunities for humans to be exposed to rats and fleas carrying plague, or lice. Today there are only about 1,000 cases per year (an average of 7 in the US), very different from the times when plague killed millions. In the US, the handful of cases tend to come from prairie dogs (communal rodents that live in the desert) in the American Midwest. The plague is endemic — always present — among these prairie dogs. One new way the disease is spread around the southwest US is via prairie dogs and their fleas encountering domesticated dogs. The prairie dog fleas hop on the domesticated dogs, are carried to the dog’s home, and infect humans. No rats and ships needed.

Cholera. Incubation period a few hours – 5 days. In a famous example, a 1854 cholera outbreak in London was addressed by removing the pump handle of the polluted well at Broad Street. People die from rapid dehydration.

Old System: Easily spread through contact with diarrhea when caring for the diseased and also through polluted water. Common past lack of ability to purify water or to prevent the spread of cholera through the water system.

New system: There are still an estimated millions of cholera infections and tens of thousands to 140K deaths per year. Solving, at least in some parts of the world, the problem of pure water has reduced the rate of infection. There are now cholera vaccines, but they require two to three doses over a period of weeks for full protection. Ability to treat the rapid dehydration that cholera causes also reduces the death rate. So we are partly able to prevent the spread of cholera and better able to treat people. Larger populations with more shared polluted water sources.

Flu. Incubation period of 1 – 4 days. Easily spread through exposure to sneezes and coughs.

More extreme system, a higher mortality flu strain, and more dangerous outcomes: WWI trench warfare (more likelihood to get sick and then spread flu to others) and greater movement of people (from different battlegrounds or from returning home on furlough). A strain of flu with higher mortality rates — the 1918-19 Spanish Flu — was then able to kill 50 million.

Longer-term behavior change: Recent exposure to extreme versions of the flu, like H1N1/bird flu / SARS? has changed behavior in some places. It has become normal to wear a face-mask when sick as people did during the Spanish flu.

Ebola. Incubation period of 1 to 21 days, though it can also be over 40 days.

System: Spread from bats and other animals to humans. Highly contagious, high mortality rate. A small number of people need to travel regionally or internationally to spread the disease to areas with no experience with it.

Not everyone knows or cares enough to change behavior when infected. But even if everyone infected did change their behavior, incubation periods mean that people will unintentionally spread disease to others. The commonality of international travel also makes the spread easier and faster.

The incubation period can’t be changed or determined before a new disease emerges. Slowing the availability to quick international travel would disrupt huge populations and economies. Small numbers can infect large populations. That means that it is likely that we’ll eventually see other mass mortalities like the Spanish Flu.

Let’s take a similar approach to look at the way religions spread.

Different religions spread differently, depending on when and where you look. At their fastest they are much slower to spread than the diseases above. It is not enough to simply be exposed to religious information, but some type of personal transformation is required, whether transformation of belief or simply of acquiescing to a new belief.

Some religions spread top-down. Monarchs convert and make their new religion official for the state (though they can’t necessarily enforce belief). Some religions spread bottom-up: for example through traders who carry religious teachings to foreign lands and people eventually convert. Some, like planned missionary-driven conversions, are a combination of the two. Some, like those that spread as a reaction against a legacy religion, are opportunistic.

How fast a religion can spread is factor of several things. What does it take to add a new member? Can new members simply be born into the religion? Must they study and perform certain acts before being welcomed? Does the religion stay within one geographical area or ethnic group or does it openly welcome outsiders? Alternatively, if the religion is not welcoming to outsiders, then do its members spread around the world and practice it?

Some religions spread top-down through conversion of a ruler who then encourages that religion on their subjects (loosely analogous to forcing more people into contact with the pathogen and shortening the incubation and latency periods). Unlike disease infection, there is choice involved. Here are some examples.

Hinduism was brought to Cambodia around 2,000 years ago from India (a major influence on early Cambodian Funan empire) and became the main state religion. Ankor Wat in Cambodia was built as a Hindu shrine dedicated to Vishnu but then was converted to a Buddhist temple in the 12th century. Then back to Hindu and then back to Buddhist as the state religion flipped.

Spanish colonists built their Cathedral in Mexico City on the location of the defeated Aztec’s Greater Temple. Along with Spanish colonists imposing their religion on the conquered peoples of the New World, replacing the old temples with new ones supported the religious transformation.

Henry VIII formed the Church of England and split from the Pope, who wouldn’t let him divorce his wife. As with other examples, this wasn’t a split based on belief as much as it was on power. Even today, Anglicanism is otherwise similar to Catholicism, but Britain is still mostly Anglican.

Roman Emperor Constantine is said to have had a vision of a red cross in the sky, had his soldiers marks their shields with it, and won the AD 312 battle at Milvian Bridge. Previously a follower of the sun god Invictus, he converted to Christianity. Constantine did not make Christianity the state religion of Rome, but as emperor enacted the Edict of Milan, appointed Christians to high office, and (possibly) built Hagia Sophia in Istanbul. Christianity didn’t become the Roman state religion until AD 380 with the Edict of Thessalonica.

And during the 20th century spread of communism, a political system that behaved very much like a religion, replaced legacy religions (and even today, at least officially for party members) in many countries around the world.

Depending on when and where one lived, a religious transformation may have happened beyond most individuals’ control. How do you transform yourself and your family (or choose not to) in such conditions?

Other religions spread before they had powerful supporters.

Early Christianity was mainly spread by individuals, through traveling, letter writing, and speaking. The religion spread mostly east before it spread west to Europe. Without a centralized organization, for centuries the religion spread naturally and included different interpretations (sometimes later deemed heresies once the church standardized).

Protestant Reformation and Pre-Reformation splits from the Catholic Church in Europe. The major split started with Martin Luther and was supported by the printing press. Public discussion led to the formation of new Christian sects around Europe.

Other religious expansions were part of a planned effort with top-down and bottom-up support.

Intuitive iconography helps spread specific religions. To spread religious messages in a new faith, it can make sense to use visual language from a previous displaced faith. An enduring, easily spread image, like that of Osiris holding Horus in ancient Egypt, became the Madonna and Child in Christianity.

A dramatic example is the Christian conversion of much of Latin America. Roman Catholic missionaries entered New World colonies to convert local populations. Roman Catholicism especially benefited from being more open to local interpretations since the displaced religions could find Catholic saints reminiscent of their own displaced gods. This in turn also changed Catholicism as most of its believers were no longer from its place of origin or near its official seat of power.

While Spain and Portugal were colonizing parts of Latin America, the Spanish Inquisition was investigating potential non-believers in newly independent Spain. The place that became the country of Spain (and earlier Portugal) was occupied for 700 years by the Islamic Umayyad and Abbasid Dynasties from Arabia. During that time there was a mixing of people from Islamic, Jewish, and Catholic faiths on the Iberian peninsula beyond anything seen for centuries afterward. After the fall of Granada in 1492, it became illegal to be non-Catholic in Spain. Some Muslims (and Jews) left Spain, some converted, and some pretended to convert. The Inquisition lasted for centuries, running extreme trials that attempted to test an individual’s religious beliefs.

This post was previously published on Unintended Consequences and is republished here with permission from the author.
—

The post Systems for Spreading appeared first on The Good Men Project.