Movie Reviews: A Good Woman Is Hard To Find

by admin July 11, 2020
A Good Woman Is Hard To Find
directed by Abner Pastoll 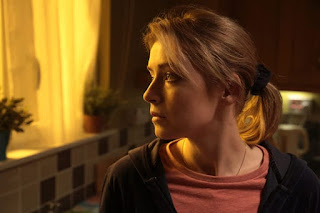 This is yet another entry in the "slight woman is underestimated by everyone and takes bloody revenge" genre so if that theme leaves you cold then you know what to do.

It is a little bit different than many other similar films in that the violence, even when deserved is NOT played for laughs or shown as explicitly being some sort of political statement.

This movie does make a link between committing violence and being willing to stand up for yourself in some very dodgy situations but in some ways that's true in real life isn't it. Although we all hope not to, sometimes we run across people who mean us harm and simply won't be deterred by kind words or appeals to morality.

There's only one language that they understand. Also the film spends a lot of time showing the basic challenges a young widow with two small children might face, whether it be dealing with her bossy judgmental mother or needing batteries in a hurry.

This movie is set in the UK. I think it's supposed to be in Northern Ireland somewhere but I am not familiar enough with the various accents to state for sure exactly where the events are taking place. That's not really that important. What is important is that Sarah Bolger (Sarah Collins) is an impoverished widow who lives on an estate (public housing). She has two small children, a boy and girl. The boy saw his father Stephen, Sarah's husband, murdered, and hasn't spoken since then. 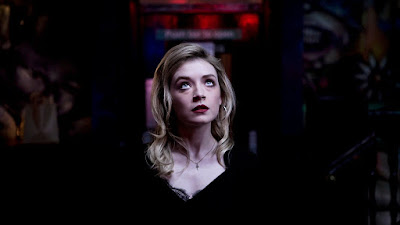 Everyone but Sarah, including Sarah's estranged mother Alice (Jane Brennan) assumes that Stephen was just another thug/drug dealer/hoodlum who got what was coming to him.

The police don't pay a lot of attention to the case, even though Sarah stays on them about it, going to the police station every chance she gets to ask about developments in the investigation of her husband's murder. Class takes the place of race in this movie. The contempt that many people have for Sarah is obvious and biting.

Sarah is routinely disrespected by official authority, aggressive police and condescending social workers who barge into her home without permission or warrant, and unofficial authority, older horndog store clerks who think that because Sarah's impoverished they can buy her favor (and ultimately her favors) by purchasing candy for her kids, and her mother Alice. Alice thinks Sarah's in dire need of someone to run her life. And Alice knows just the woman for the job.

One way of getting him to unleash his negative emotions is to mistake a simile for a metaphor or make some other grammatical error. The other way of course is to steal from him.  Do both of those things and well, there might not be enough of the thief left for an autopsy.

One man who is crazy enough, gutsy enough or stupid enough to steal from Leo's people is the lowly drug dealer Tito (Andrew Simpson). Losing Leo's enforcers in the ensuing chase, Tito rushes into Sarah's apartment and hides the stolen drugs, warning her that he'll be back for them but also promising to pay her some of the proceeds from the sales.

Scared s***less about the implied threat to her and and her children, curious as to what Tito might have heard about her husband's murder and though she denies it, somewhat needful of the money, Sarah doesn't contact the authorities.

Though Tito isn't as wealthy or as dangerous as Leo, it's not for lack of trying. Even a baby criminal is still a criminal. Before long Sarah is pulled into some deep waters she never wanted to venture into. Leo and his people are getting closer and closer to finding where Tito goes to at night.

This movie played up the size difference between Sarah and most of the men with whom she interacts. I think it was the comedian Louis C.K who joked that given the size and aggressiveness difference between the average man and woman that it was remarkable that any woman would ever choose to be alone with any man.

Collins is a strong lead here. She does a good job portraying a woman who has a steely quiet desperation, even when she's fearful, that is centered around protecting her children. The role required frailty and toughness, often in the same scene. I thought some set pieces were a bit over the top. Though much of the film is quiet with pensive dialogue there are some quite bloody bits that could be nightmare fuel for some sensitive souls out there.
TRAILER
Back to Feed
Use left/right arrows to navigate the slideshow or swipe left/right if using a mobile device