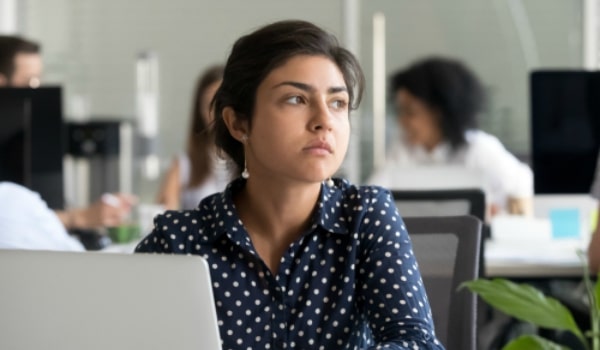 The Kingdom of Spain in 1491 must have been an exciting time in the history of the world, full of promise, possibility and danger. One year before Columbus launched his historic journey, the promise of untold riches in the new world was all anyone in the royal court could speak of. Spain in 1491 is probably what the dawn of the industrial revolution, the automobile revolution, or the computer revolution must have felt like. Humanity believed it could conquer any frontier.

Antionio de Nebrija was a little known polymath working as an advisor to King Ferdinand and Queen Isabella. He saw the potential of Columbus’ journey differently. Instead of what Columbus promised — to sail off and come back with gold — Nebrija saw that the most important thing the journey would do was pioneer a trade route to Asia, and in doing so, expanding the Empire and economy of Spain. His hope was that in doing so Spain would become so strong, that no other Empire then extant could ever challenge it.

Nebrija was a trusted advisor to Isabella. Had Nebrija not had such confidence, Columbus may never have gotten his financing. Ferdinand had no qualms with bringing the Empire to the brink of bankruptcy financing such a journey — but Isabella was more cautious and needed convincing.

Nebrija was brilliant but also self-interested. Like Columbus, he was also looking for project financing. In his case, he wanted the Crown to finance his project of redacting the Spanish language into the first dictionary. Isabella was confused — why were the two projects related? Nebrija simply and succinctly replied, “Ma Reina — La Lengua[lenguaje] es la clave del Imperio.” (‘My queen — Language is the key to Empire.’)

What Nabrija was able to do was to make Isabella see the future. He encapsulated a now well known colonial economic principle that transformed our world from the 15th — 20th centuries. The more people in the world that can communicate with you, the more likely those people are to trade with you, to everyone’s profit. Nebrija knew this: How was Spain supposed to create a modern empire economy without a common language? How can we teach our new subjects our language without a book that codifies our language?

What does this have to do with call centers? Everything actually.

Right now I’m living in Berlin, Germany. I had to call Vodafone recently, to iron out a problem with my German SIM card. It was Sunday and I needed to top-up. The easiest would have been to walk into a store, but it being Sunday in Germany, only restaurants and museums are open for business.

Unlike in the US these days, there was no “Press 1 for English, Empuje 2 para Espagnol.” My German is coming along, but I’m not there yet, and transactions are still difficult. So I tried to speak English. It didn’t go so well, and I headed to the store on Monday to top-up.

Alas, Germany was late to the colonial Empire-building game because of its own fractured nation-state history. It had only small colonial possessions in Africa, and a few small territories scattered around the Pacific. Thus, there is no populous, developing country in the world whose official language is German.

150 years later, that impacted me as I tried to top-up through the customer service line. More importantly, today this is a structural disadvantage to German companies in their customer service operations – and consumer prices in Germany reflect that.

The US, UK, Australia, Canada and other former British colonies and the companies within them have a large structural advantage in India and the Philippines because the English and Americans left behind their language, and now those countries use it as the lingua franca for… well, everything. French companies do as well, mostly in Morocco and other parts of Africa. Of course, Spanish companies have all of Latin America.

You can see the disparity here that German companies face. It’s amazing to think that Nebrija’s advice to Isabella has survived the five centuries since he uttered it. Even in 2018, former colonial possessions are still returning dividends (albeit in a form Nebrija never imagined) to commercial interests within the former Empire (as well as to some former colonies) simply because their language was left behind. Our modern call center industry would not exist without this language colonization.

But this issue goes deeper. Over the last half-century, since Deng Xioaping opened up Shanghai and other Enterprise Zones in China to international trade starting in 1978, there has been a polite culture war brewing inside our international trade flows, and it may have already come to your offshore call center.

EOP’s. “English Only Policy.” We all know them, and some of us have worked overseas where we had to enforce them. The thinking behind them is that our Agents’ language skills will naturally improve the more time they spend immersed in English — their work language.

Okay, this makes sense on the surface. As a polyglot myself, now living again in a foreign country where I’m learning a new language, my brain is absorbing new German words and sounds every day — without me paying too much attention — but with a little Duolingo every night.

But my kids, who are in a German school for the summer, aren’t learning as fast as me and my wife are. At first this puzzled and frustrated me. But after five weeks here, and the end of the summer fast approaching, I realized that it was inevitable that they would pick up some German, whereas I am here learning German.

I’m sorry to say, your EOP is making your Agents probably feel more like my kids in this regard, than like me. You see, I’m self-motivated to come here and learn German. My motivation is two-fold. First, economic opportunity: this is the strongest economy in Europe with deep structural advantages and killer infrastructure, so it never hurts to speak their language. Second, experience: German is my 4th language, and I enjoy being here, so I’m personally motivated to be able to communicate and thus expand my potential for experience in a new culture.

But my kids are tagging along. Exposing them to new cultures and immersing them in a new language is part of my design of how they should be educated, and thus spend their summers. They’re learning German — but their favorite bit is “Mama, kann ich Bitte einen Gummibär haben?” (Mom, can I have a gummy bear please?). At ages 4, 6 and 7, they’d rather be swimming and playing games all summer, they don’t necessarily care what language it’s in.

I contend that your EOP is forcing your agents to ‘tag along’ in speaking English, not truly work to improve it because they understand the personal benefits of doing so. This is because, most likely, your EOP fails to directly link improved English to improved economic outcomes for your Agents. You may be screaming at me through your screen by this point, doubting my logic, because the logic of an EOP seems so simple — immersion. But let’s face it — you failed to heed Nebrija’s sage, five-centuries old advice, linking language to economics.

And personal economic advantage. An EOP, and especially the sanctions that most of us put upon our Agents who fail under the EOP, completely miss the point.

You shouldn’t have an EOP. Instead you should have a compensation policy that helps Agents understand how becoming proficient in English is to their advantage, not the company’s.

Further, the EOP is another in a long line of mistakes we make as an industry , which pushes performance to the minimum, not the top of the bell curve. Given the state of English proficiency in most call centers, the EOP has become yet just one more way that an Agent can be sanctioned, and eventually terminated. The EOP instead (like absenteeism, attrition) has become yet another symbol of how to lose your job.

But there is another way. At Rethink Staffing, we benchmark everyone’s English upon hiring, and at every three months of employment thereafter. We’ve invested heavily in building our own English Proficiency program, give our existing high-level, accent neutral English speakers extra pay to spend overtime to teach those who are still learning. When someone “levels up” in English Proficiency, we reward them with higher pay, and the chance for higher-value work that gives them even higher pay, that eventually moves them into the middle-class, part of our company’s mission.

Here, you can read about one of our Agents, Alemar, who continues to move up the ranks because he works hard on building his English skills. The extra money he earns, he’s using to make him and his family capital owners.

Two years ago, when I first met Alemar and he was a data encoder, he and I had to speak through an interpreter. Today, Alemar refuses to speak to me in anything other than English. Oh, and Alemar never has EOP infractions — because he feels comfortable now just speaking English. The EOP is no longer scary to him.

Some of our clients require us to enforce an EOP. But unlike other EOP’s, you can’t be fired for failing under our EOP — instead, you just won’t receive new opportunities. This small change in the purpose of an EOP may seem small, but linking the motivation of the EOP to your Agents’ benefit makes all the difference in its adherence.

So I plead with you — rethink your EOP. Focus on why it’s there, what agents think about it, and where it’s taking them (if anywhere at all). Once you more closely align your EOP with their goals, not yours, you’d be amazed at the adherence you’ll get.

If you believe in the work we are doing here at The Good Men Project and want to join our calls, please join us as a Premium Member, today.