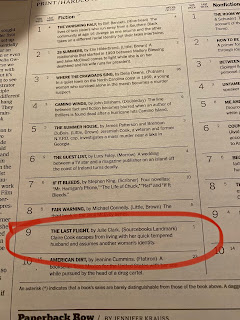 HANK: I just read SUCH a good book. I mean--it is riveting, irresistible, and a truly--I can say this because it's just us-- annoyingly fabulous idea.
Let me fast forward. How much fun would it be to wake up and see your novel on the New York Times bestseller list?
Wouldn't it be worth all the travails, ad all the editing, and all the second guessing?
With cheers and a standing ovation, we welcome the wonderful Julie Clark to Jungle Red.  Go right out and get his book. (Well, not right now, I mean, but after you read this interview.)
HANK: Okay, first things first. When and how did you hear about the NYT list?  And what happened then?
JULIE CLARK: We’d been monitoring sales pretty closely over the course of the week, and I knew that Wednesday was the day we’d know for sure. I tried to stay really busy. I was at Pages: A Bookstore in Manhattan Beach, signing their stock for an event we were hosting. Then I was up at Diesel Brentwood signing the orders that came in after my book launch there. I’d been distracting myself with house chores and was actually on my spin bike when my editor called with the news that I’d hit the list at #9. And after that it was a flurry of phone calls – to my agent to celebrate with her, to some close friends and of course my family. The following morning, I was able to do a Zoom call with the entire Sourcebooks family to celebrate with the other authors who’d also hit the list that week. It was tremendous, thrilling, everything you’d imagine it to be.
HANK:  So—your book is irresistible. I adored it.  Did you love it as you wrote it?  Or did it change a lot? Was there a time when you thought—whoa. This works! Tell us a tiny bit about the realization of plot success. 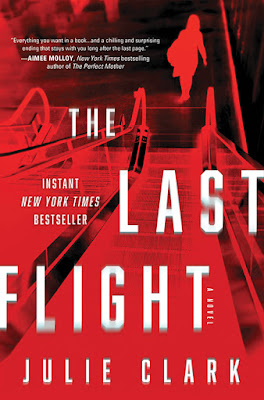 JULIE: I knew the idea was a big one, and a very compelling one, almost right away. In 2016, when I was talking with agents about representation, they all ultimately asked "what are you working on next?" When I pitched the idea of The Last Flight -- two women who trade tickets at an airport, then one of the planes goes down -- I got a gasp from every agent I spoke to. Likewise, as I was promoting The Ones We Choose in 2018, I'd answer the same question at book events, and I'd get the exact same gasp. I knew then that I'd better do everything I could to make the execution as good as the concept.
Writing it was incredibly hard, and there were plenty of times I wondered if I'd be able to pull it off. In mid 2018, I became tempted by a new idea, and wondered, after my agent had sent a draft of The Last Flight back to me once again telling me it was still not there, if I should maybe set it aside and work on something else. But I just kept plugging away, revising and rewriting for the entirety of a year before we sold it to Sourcebooks in a pre-empt in May of 2019.
HANK: How was writing this different from The Ones We Choose?
JULIE:  I had to do a lot of research for The Ones We Choose, since there is a genetic subplot that required me to learn about genetics. I consulted pretty regularly with a geneticist as well, to make sure I was getting the science right. With The Last Flight, my research was centered on law enforcement and flight regulations rather than on science. Even though Eva was a chemistry prodigy, I was able to stay away from diving into chemistry and chemical reaction research for this one!
HANK:  This is SUCH a brilliant premise! Was there a moment when you thought of this idea? Just--ping? Or is it an amalgam?
JULIE: I’d been fascinated by the idea of whether someone could vanish…originally, I’d thought about a person who used something like 9/11 to disappear. But then I decided to pivot to a less sinister event and instead focus on two women who trade plane tickets. But I still wanted a disaster of some kind to lead the world to believe my main character, Claire, was dead. To see what she’d do and whether she could pull it off. Eva started out as a way to accomplish that, but the more I wrote forward in Claire’s POV, the more I realized that Eva also had an important story to tell, and that it dovetailed nicely with Claire’s.
HANK:  You would have been flying around the country on book tour now, sigh. But did writing this change your relationship with airport bars? Waiting areas? Air travel in general? 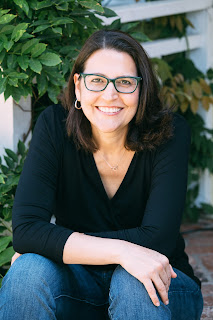 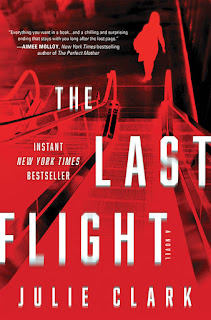 Julie Clark is the New York Times bestselling author of The Last Flight. It has earned starred reviews from Kirkus, Publisher's Weekly, Library Journal, and the New York Times has called it "thoroughly absorbing". It's been named an Indie Next Pick, a Library Reads Pick, and a Best Book of 2020 by Amazon Editors and Apple Books. Her debut, The Ones We Choose, was published in 2018 and has been optioned for television by Lionsgate. Julie lives in Los Angeles, where she teaches and writes full time.
Back to Feed
Use left/right arrows to navigate the slideshow or swipe left/right if using a mobile device