Hippies made their way to Colorado 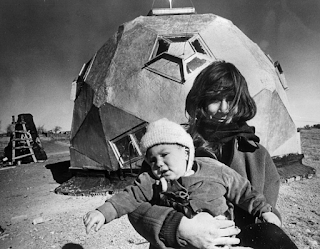 
When I was youngster, back in the early 1970s, I suffered a fair amount grief for collectively looking somewhat like John Denver and being from Colorado. Though Denver, (Henry John Deutschendorf Jr.) was not originally from here,  he claimed he was born in the summer of his 27th year —and as the song goes — he got here as soon as he could.

He lived in Aspen for much of his life where he was known for his love of Colorado. In 1974, Denver was named poet laureate of the state. The Colorado state legislature also adopted "Rocky Mountain High" as one of its two state songs in 2007.

Starting the 1970s, he was one of the most popular acoustic artists of the decade and one of its best-selling artists. By 1974, he was one of America's best-selling performers. Denver recorded and released approximately 300 songs, about 200 of which he composed. He became associated with various causes as an actor, activist, and humanitarian, and sang about his joy in nature, his disdain for city life, his enthusiasm for music, and other such Colorado aligned endeavors. I suppose he could be considered a "hippie," and not surprising, associated with other components of the subculture.

Colorado already had some built up "street cred" in the history of hippie history and happenings.

History Colorado, the state's historical society, looked back at 1968 recently, a year that was pivotal for the country and Colorado. Robert Kennedy and Martin Luther King were both assassinated that year. There were calls in Colorado to end school segregation. More than 200 Coloradans died in Vietnam as anti-war protests and sit-ins occurred at colleges around the state. One state senator decried what she called Colorado's "hippie problem."

"The hippies, as they were labeled, were out to change the world -- and they did in some ways. Those post-World War II baby boomers challenged the status quo and their legacy lives on in Colorado’s culture and economy," says the history organization

B. Erin Cole, an assistant state historian, traced the rise of hippie culture to several places in Colorado, including a tiny bohemian artists' settlement that began five decades ago in 1965 near Trinidad. It was dubbed Drop City, a name that came not from dropping out or dropping acid, but from “drop art” -- where artists actually dropped things, like small painted rocks, from buildings and then watched people for their puzzled reactions. Colorado artist Clark Richert, one of Drop City’s founders, was inspired to build domes on the site after hearing neo-futuristic architect Buckminster Fuller talk at the University of Colorado.
"We had the idea of that we would create a community,” Richert says. “That we would buy some land and build some buildings on the property and it would be a work of drop art in itself. The buildings that we built were very colorful and very conspicuous and attention-getting, so we did have a lot of people driving by and visiting us. So they would look at our buildings but we would look at them.”
By 1968, Drop City had grown. It received national attention from Life and Time magazines and from reporters around the world.
Cole says those who came to live in the Trinidad commune were enticed by cheap land, Colorado vistas, and the idea that life could be an artistic statement. Who came?
“People who want to drop out of society; who are really inspired by the counter-cultural ideal, come to these places and in some ways destroy them just by being there too much,” she says. In 1973, Drop City was shut down for sanitary reasons.

Hippies in the cities

There were other hippie cafes and communal houses in the cities, including in Denver’s Capitol Hill and around Boulder’s University Hill and Pearl Street. And that led to clashes. Cowboys from the stock show clashed with hippies in Denver. And state Sen. Allegra Saunders, a Democrat, raised concerns about the hippie lifestyle; Cole says Saunders cited concerns about runaways and the safety of infants living in hippie houses. Such worries, and accounts in local newspapers, left the impression that hippies as a group were filthy troublemakers.

Yet the hippie legacy endured. For instance, Cole notes that “hippie capitalists” helped shape Colorado’s economy, from the rise of natural foods to the embrace of new art. And music by artists like John Denver helped shape the view of Colorado as a beautiful and open place for a generation.

Drop City  was a counterculture artists' community that formed in southern Colorado in 1965. Abandoned by the early 1970s, Drop City became known as the first rural "hippie commune".

Their intention was to create a live-in work of Drop Art, continuing an art concept they had developed earlier at the University of Kansas. Drop Art (sometimes called "droppings") was informed by the "happenings" of Allan Kaprow and the impromptu performances, a few years earlier, of John Cage, Robert Rauschenberg, and Buckminster Fuller, at Black Mountain College.

As Drop City gained notoriety in the 1960s underground, people from around the world came to stay and work on the construction projects. Inspired by the architectural ideas of Buckminster Fuller and Steve Baer, residents constructed domes and zonohedra to house themselves, using geometric panels made from the metal of automobile roofs and other inexpensive materials. In 1967 the group, now consisting of 10 core people, won Buckminster Fuller's Dymaxion award for their constructions. The Firesign Theatre folks had a commercial—"kids, tear the top off your daddy's car, and send it, together with 10 cents in cash or coin, to Drop City, Colorado..."

Also June 13, 1968, a nationally syndicated newspaper article stated that “hundreds of hippies” were pouring into Boulder. The long-haired drug users claimed that two days later, an asteroid would hit the planet and the world would end—-but Boulder was one of the few places where people would be safe.

According to a reporter, Boulder-area residents were “more disturbed by the hippies themselves than the possible end of the world.”

The Camera picked up the story the next day with the headline, “Hippies waiting for collision with Icarus.” A man who gave his name as “John the Freak” said that he and his friends were praying that California would not slide into the sea, wrote Silvia Pettem, a historian for the Daily Camera.

“Flower children” had convened in San Francisco the previous year in what was known as the “summer of love,” and the Vietnam War fueled a societal unrest. Mixed in with peace and love were drugs—both marijuana and hard-core hallucinogens—-which transient hippies brought to Boulder County in 1968.

The youths hitchhiked to the foothills west of Boulder and camped in makeshift shelters and plastic lean-tos on U.S. Forest Service land. According to the Camera, Sheriff officials conducted “search-and-scatter missions” and made numerous arrests.

The Boulder Police Department faced a similar situation in the city, as merchants complained of drug use, loitering, pan-handling, and vagrancy. By this time, heroin had become readily available, dogs and barefooted transients slept in the doorways of business establishments, and members of the so-called “STP family” openly sniffed glue on the street.
By August 1969, fed-up Boulder residents also had to deal with loud music and a lack of sanitation in Central Park, so City Manager Ted Tedesco banned outdoor “concerts” in an attempt to get rid of the hippie element.

Boulder Police Chief Donald Vendel then received a threat from the hippies stating that they intended to openly defy the ban. The chief stationed a dozen uniformed officers in the park, with thirty more waiting across the street in the Municipal Building.

"The culture-clash came to a head when the American Civil Liberties Union represented what the Camera called “anti-police, pro-hippie sentiments” and hurled charges of hippie harassment, claiming that cops ran hippies out of Central Park for no reason, and they jailed bearded men because their dogs were unlicensed," says Pettem.
Long-time locals were outraged. In a letter to the police chief, a Boulder businessman wrote, “The problem isn’t hippie civil rights, it is civil rights for people whose senses are offended by objectionable dress, behavior, in most cases aroma. If visitors to this city don’t wish to comply with standards that are obvious in their manifestation by the local citizens, then they can get the hell out.”
The culture clash continued for years, even after the end-of-the-world threat was over.
wrote Silvia Pettem.

Boulder residents were angry about loud music and lack of sanitation in Central Park. In response, outdoor concerts were banned.

In the summer of 1970, an anonymous letter circulated in Boulder calling for vigilante action against the outsiders. People were to gather at Central Park on July 4th with clubs, shovels or any kind of weapon to “clean up the city.”

The cops got tougher on hitch hikers, raided the Hill Youth Hostel and punished loiterers blocking sidewalks with fines that could be as high as $300 or 90 days in jail. Two people were ticketed for patching their clothes with parts of an American flag.

On May 1971, police carried out a round-up of “street people” on the Hill for obstructing sidewalks, disorderly conduct, interference with a police officer and use of obscene language. At the end of these sweeps, both the city and county jails were overflowing.

This provoked a riot. Patrol cars were rolled and one of them was set on fire. Damage and theft losses for 18 businesses totaled nearly $50,000.

But hippies continued to arrive in Colorado and collect in the mountain towns and valleys, Aspen, Telluride, Dunton, Crested Butte, Breckenridge, and beyond. And songs had a life of their own.

"John Denver was treasured by the boomer generation. They put him alongside George Burns in "Oh God" and they tried to hook their kids, with some success, on "Annie's Song." ... By all accounts, Henry John Deutschendorf Jr., son of an Air Force pilot, was in life what he was on stage: a lovable hippie environmentalist who sang from the heart and thanked God he was a country boy," wrote Frank Pellegriniin Time magazine on the eve of Denver's death. 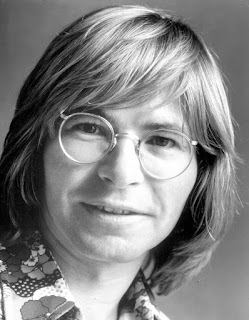 1. Iconic photo of Drop City and one of the geodesic domes. 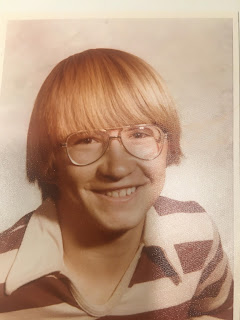