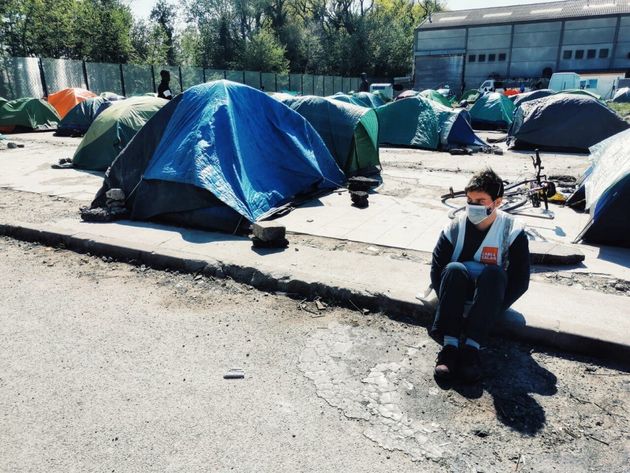 Growing up in France, I probably drove through Calais some four times a year on trips to and from the UK. But never had I imagined what lay behind the high walls and barbed wire fences.

I first came here to volunteer with Care4Calais last October, at the age of 18. My cousin had given me a book for my birthday, Voices from the ‘Jungle’: Stories from the Calais Refugee Camp, which paints an interesting picture of where refugees came from, what life was like in the Jungle, and what hopes and dreams they had for the future. I was surprised at how little I had heard about something that seemed to affect so many lives, from so many parts of the world, going on in the country in which I lived and had grown up in.

Indeed, my arrival in Calais meant my childhood of education in the values and principles of two wonderful countries was shredded – when I found out about the rows of tents and desperation that lay behind those tall fences.

It felt somewhat ironic handing out leaflets telling everyone to wash their hands regularly – in the main site in Calais, we have two taps shared by up to 1,000 people.

In February, I came back again, this time for a few months. Or so I thought. A month after my arrival, the coronavirus pandemic meant I found myself locked into this small town where two worlds so strangely coexist. Where we had been the ones trying to treat those in the camps like the fellow humans they are, suddenly we have to keep our distance and wear masks to conceal our friendly smiles. Providing aid became the only way to show we still cared.

Among us, we discussed whether continuing to operate was the right thing to do in light of the spread of the virus. We decided that if it was a question of keeping people alive, we must, and so gathered as much legal and health and safety advice as possible.

Where other NGOs had dropped out, we tried to fill in the gaps. We turned our attention to food, until people could no longer wear the same clothes they had been wearing for a month. When people weren’t hungry, they were itchy, and try as we might there was only so much we could do. Across five sites in Calais and Dunkirk, we have been distributing both clothes and food on a minimum of a weekly basis, in full PPE and operating under protective measures. 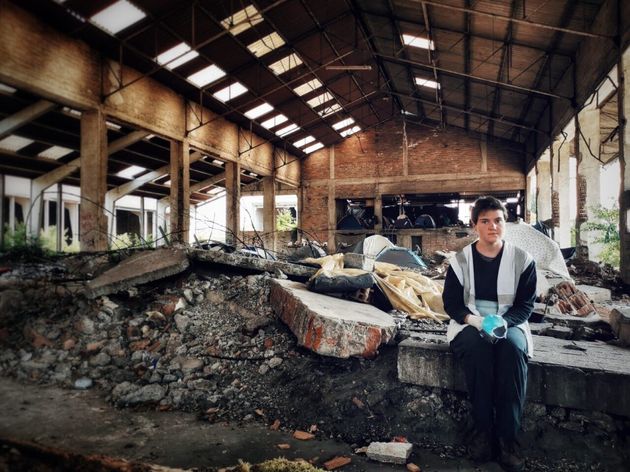 It felt somewhat ironic handing out leaflets telling everyone to wash their hands regularly – in the main site in Calais, we have two taps shared by up to 1,000 people. And while we were encouraging social distancing and informing people on how to protect themselves, the government distribution of stale and often culturally inappropriate (read: ham) sandwiches brought everyone together. “If we leave space, we get nothing,” I remember a young man from Chad telling me.

In Dunkirk, evictions of refugees have been continuing harder than ever. In some old derelict warehouses, where people could at least get some shelter from the weather, police came on an almost daily basis to force them out. While some government centres they were taken to were appropriate single room hotels, others turned out to be sports halls where people were expected to live clustered together with little food. Families with young kids were yet again pushed around from one place to another, still unable to create anything with enough permanence to even consider an education.

Deciding to stay in Calais was hard, as lockdown made me feel trapped a long way away from what I knew. For the first week or so there were five of us working here and the days were so long, tiring and unpredictable, I ended up having little time to think about it. Five of us were trying to bring aid and humanity to hundreds of people. Looking back on it now, I still find it hard to believe.

When my long days are over, I sit at home in the evening and read news stories about how the UK wants to send these people back. It feels unreal.

As lockdown has loosened, our PPE means we are still unable to smile, but we can show a little more solidarity. As cafés and barbers have reopened nationwide in France, taking necessary precautions, we have reinstated services such as hot drinks and hair cutting. These precautions do however leave some people baffled. Standing on the edge of our hazard tape line discouraging more than four people from entering our makeshift salon (a patch of grass) one man asked me what the volunteers did at the warehouse so as not to spread the virus. I explained that we still kept up social distancing and were extremely careful, following strict guidelines. He asked me what I did at home: I told him I stayed on my own so it wasn’t an issue. He asked me what families did: I said it was more difficult, they lived together so if one of them fell ill, chances were they all would. He nodded. “We are like a family,” he said. “We have no choice but to live together and get sick together.”

And when my long days are over, I sit at home in the evening and read news stories about how the UK wants to send these people back. It feels unreal. How the unaccompanied children have no right to be reunited with their families. Most people here in Northern France have fled war in Sudan, violence if Afghanistan, unlimited military service in Eritrea or persecution in Kurdistan and the ties they have to the UK, be they family or language, are their best chance to integrate and set up a new life.

As people are pushed harder and harder to find more and more dangerous ways to reach safety in this pandemic, all I can do is hand out sleeping bags and joggers, and utter an ultimately powerless “take care”.

Tia Bush, 18, is a volunteer with Care4Calais

Refugee Week, the UK’s largest festival celebrating the contribution of refugees, takes place on 15-21 June 2020. Refugee Week is a partnership project coordinated by Counterpoints Arts. For more information on Refugee Week and to get involved, visit refugeeweek.org.uk