6 Anime Like Gal to Kyouryuu (Gal and Dino) [Recommendations] 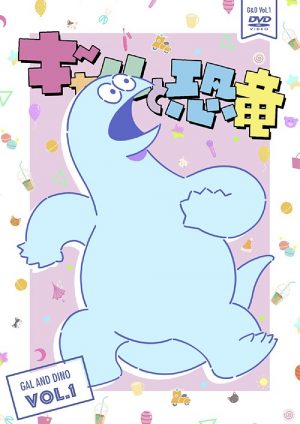 This season’s Gal to Kyouryuu brings us a slice of life with very strange circumstances. Imagine your life with a dinosaur as your roommate. Things would be super different, right? Yet, somehow, stylish gyaru Kaede, as well as her friends and acquaintances, seems to adapt quite easily to her Jurassic roomie. Kyouryuu also seems strangely adapted to the modern human world. These two are entertaining enough on their own but the nonsensical skits that break up the 24-minute episodes add an extra helping of dramatic weirdness that make it even funnier. For more funny and unlikely roommates and hilarious skits, check out these 6 anime like Gal to Kyouryuu! 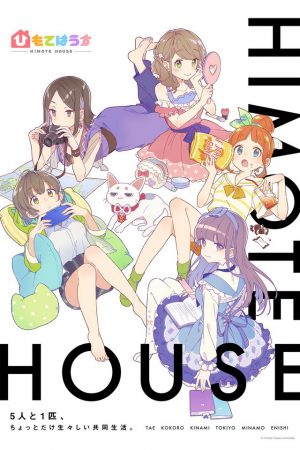 College graduate Tae is excited to be moving in with her dear friend Kokoro and her older sisters Tokiyo and Kinami. She’s also excited to learn Kokoro’s childhood friend Minamo and the sisters’ cat Enishi will be with them as well! Even more exciting is the knowledge that all of these girls have psychic powers! Yes, even the cat… Creating laser-beams, mind-reading, and even the ability to copy the powers of another make an already lively house that much more lively. Every day is a simple adventure with the easygoing but strange girls of Himote House! While having many more people under one roof than Gal to Kyouryuu, these girls are similarly unfazed by their unique circumstances. Even Tae, who is initially unaware she has any powers in a house of people that do, adapts to both her sudden multiplying abilities and her powerful roommates. Tokiyo doesn’t teleport, but her ability to stop time and appear suddenly elsewhere has the same effect as Kyouryuu’s teleportation powers to normal people. This unique calmness in the face of incredible circumstances is a theme both anime have in common. 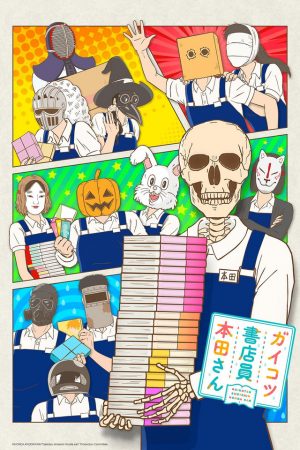 Honda-san is your average skull-faced employee doing his best to aide his bookstore customers and to check people out in a timely fashion. That is not always possible when said customers don’t speak the same language, are obsessive, demanding fans, or become aggressive at the mere mention of an e-book. It’s nearly impossible to keep your cool when your coworkers are abrasive and intense and the fate of certain manga rests in your hands. Being a book store clerk is more complicated than it seems! You wouldn’t think a slice-of-life about a bookstore would be so engaging but it is when the customers and employees are super passionate. Honda-san is the most easygoing of the group but even he finds himself overthinking the most minute details. Never mind the crazy heads around him, Honda-san is too focused on his everyday life to be caught off guard by something like that. While the setting and characters are quite different from Gal to Kyouryuu, the unexpected comical twists on daily living have a similar feel. 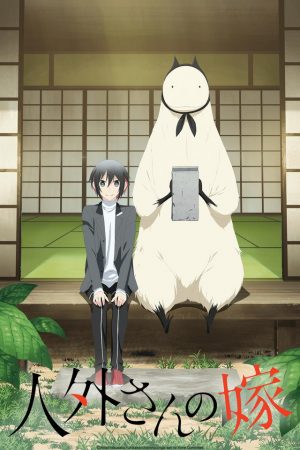 High schooler Tomori is surprised when he’s suddenly told he will become the wife of Kanenogi-san, a mysterious, tall, white, fluffy creature that eats concrete. Despite their differences, the two hit it off almost immediately. Tomori meets other high school boys who are made into wives of other strange beings and seem to have found happiness just as he has. Little by little, the boys and creatures become closer and grow to understand each other a little more in their own peculiar ways. You’d think high school boys would be a little less carefree in the face of sudden marriage but they seem to adjust quite well! They share that unfazed attitude with Kaede. While not married, Kyouryuu and Kaede also live and eat together like Tomori and Kanenogi-san. Gal to Kyouryuu and Kanenogi-san no Yome also have a somewhat uncomfortable but hilarious bath scene that doesn’t go like you think it would! Everyday life is strange when you’re the only one with your type of companion which both shows have in common.

4. Miira no Kaikata (How to Keep a Mummy) 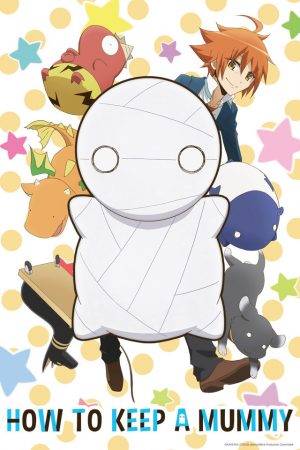 Young Sora is not excited to receive a package from his father during his trip to Egypt. Expecting the worst, Sora opens a sarcophagus to reveal a very tiny and affectionate little mummy! While at first hesitant to welcome a mummy into his home, Mii-kun wins over Sora with his sweet disposition and desire for hugs. But raising a mummy is no easy task and Sora and Mii-kun must work hard to understand each other! Mii-kun and Kyouryuu are both surprising roommates for the main character humans that SHOULD probably be scary but are just sweet and adorable. Neither can talk, but they both find ways to express themselves, usually with exaggerated facial expressions on their normally blank faces. Several humans end up with their own supernatural buddies but the slowly budding relationship between Sora and Mii-kun is reminiscent of the growing friendship between Kaede and Kyouryuu. Both humans also go through a period of fretting over what their new roomie can eat!

How to Keep a Mummy Trailer 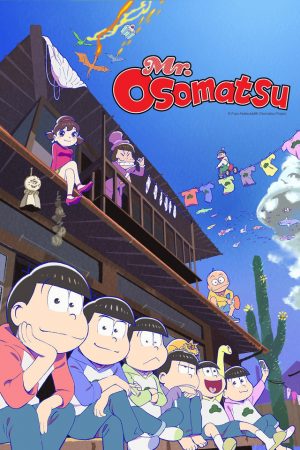 The sextuplets are back, just as lazy and good-for-nothing as before. New challenges loom in this next season and the boys will have to try even harder to not accept responsibility. Despite their differing personalities, they share the same dream; to only do what they want to do. These activities range from trying to get famous, get girls, or just goof off with reckless abandon. With a host of less than upstanding characters, the incredible and uncomfortable laughs will keep coming! Osomatsu-san is an incredible comedy where much of the humor comes from unforeseeable conclusions, much like Gal to Kyouryuu. The comedy of Gal to Kyouryuu follows closely with the somewhat linear storyline that is littered with random skits and characters we may never see again. You can’t even expect the animation to stay the same with these anime! Neither Kaede nor the Osomatsu-san characters are fighting for anything or trying to really achieve a better future, yet their normal lives are crazy enough as it is. Kaede is much more capable and independent than the Matsuno brothers but if you like the unexpected humor of Gal to Kyouryuu but just wish it had more dick jokes, you’re in luck. 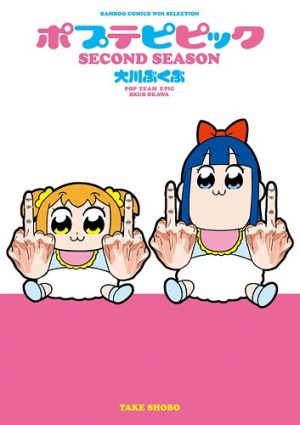 Popuko and Pipimi… Usually dear friends but circumstances can change in an instant. Not because of anything serious, but because Poputepipikku doesn’t stick to any one story for long! Moving from a gag manga to a real anime is hard work and these two girls will do anything and everything it takes, even if they aren’t sure what that is! One of the most random, nonsensical anime with absolutely iconic characters, Poputepipikku will keep you bewildered and laughing the whole season. Poputepipiku is like cocaine while Gal to Kyouryuu is like pot (don’t do drugs, kids.) While Gal to Kyouryuu is constantly changing and fast-paced, much of Gal to Kyouryuu’s humor comes from slow reveals that build anticipation. However, the two anime are very similar in structure. There’s somewhat of a continuous storyline with random skits that have little or nothing to do with the over-arching plot. Normally, Pipimi and Popuko are just school girls with attitude but sometimes they’re mafia thugs and safari explorers. Kyouryuu is usually just a dinosaur but sometimes he’s affiliated with an ancient warring group of magic-users. Both shows also constantly change up the artwork depending on the type of skit they’re doing. It’s just two friends hanging out and going about their normal lives in very weird ways while a wizard or something appears randomly. 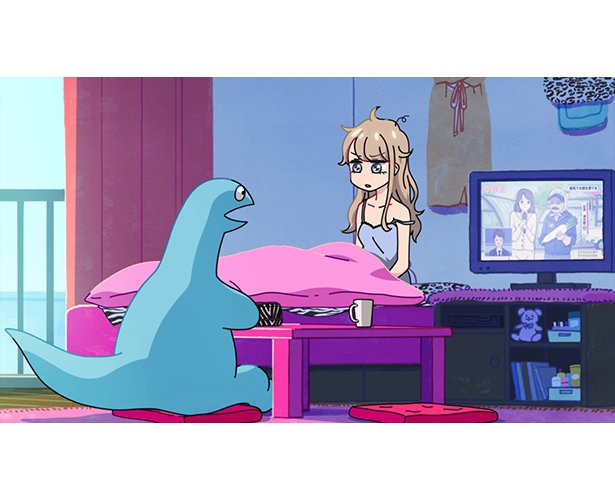 Gal to Kyouryuu almost lulls you into a false sense of certainty of what the show will be like. It starts pretty slow and repetitive and since Kyouryuu can’t talk, we don’t even get much dialogue. It almost feels like nothing is happening until BAM half-naked man in the bathtub or painstakingly made dinner is switched out for ramen. The unlikely roommates that get along TOO well combined with the out-there sense of humor make it both comfortable and joyfully unexpected. Other such seemingly monstrous roommates or even brothers and sisters can make a dynamic team to deliver meme-worthy jokes and play on cultural norms. We also love the half-connected, half-disjointed narrative formula shared with other anime. If you loved Gal to Kyouryuu, let us know in the comments which anime you thought was the most similar!