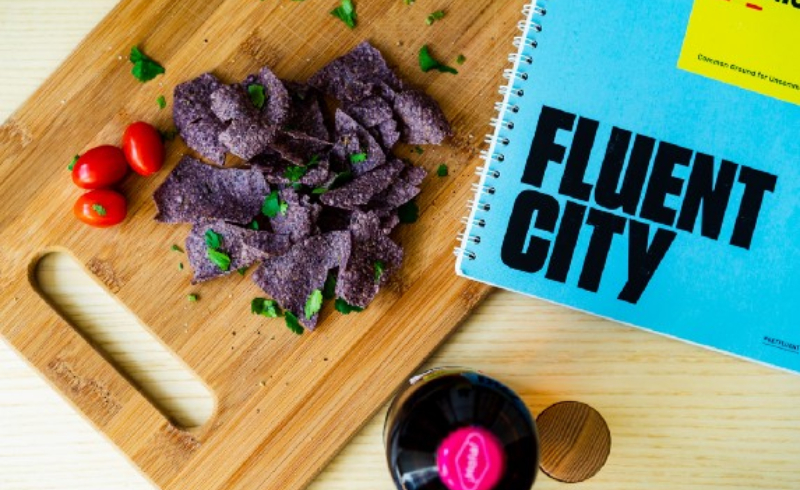 My wife was born in Lima, Peru and is a native speaker of Spanish. We moved to the United States in 2009 and now we have two wonderful daughters aged 9 and 7. We’ve raised our daughters to be bilingual and I’d like to share some of the tactics that proved to be effective for us.

Keep in mind that I can only speak to my own experiences. Every child is unique and every family dynamic is radically different. Still, there are many general concepts that I learned which I believe have universal application.

Here are five tactics you can try to give your children a chance at becoming bilingual at an early age:

1. Make your children watch cartoons in a foreign language

The thing about kids is they can’t talk, not for the first few years anyway. When they sit down to watch cartoons, they’re watching for the colors and the singing. They don’t care about the words.

Kids are capable of watching the same movie over and over and over again. For my first daughter, the film of choice was ‘Peter Pan.’ The movie would end, she’d hand me the remote control, and we’d go right back to the start. These days kids don’t even have to endure the brief delay of waiting for a VHS tape to rewind.

Today, most streaming services allow you to select the language. Just insist that every cartoon is in Spanish.

The kids can probably figure out how to do it if you don’t know how to use the remote.

The thing is, if you set the language to Spanish, and you watch television with them regularly, you’ll probably pick up Spanish yourself. After all, you probably pretty much know ‘Peter Pan’ by heart now anyway right? I mean the movie came out in 1953.

2. Don’t dismiss the importance of television

I know, I know, a lot of parents want to limit the amount of time you spend watching television. However, if you’re actively using the television for foreign language acquisition, you can be a little more lax about limiting screen time.

In our household, both my wife and I speak Spanish. However, we found that despite the fact that both us spoke Spanish full time, English remained the dominant language of our children. This is because of the amount of English they received from school, friends, extended family, radio, and (of course) television.

It kind of shows how much influence a parent actually has on his/her child right?

The real trick to raising bilingual kids is just insisting that they get the exposure to the language. It doesn’t have to be a fifty/fifty split, but you can’t just give them three Spanish words a week and expect them to develop fluency (it didn’t work when we were growing up with ‘Sesame Street’ and it doesn’t work now). As long as the cartoons are in the mix, you have a decent shot at balance.

3. Don’t worry if one parent is a non-native speaker

If your family only has one person who speaks a foreign language, then obviously that’s what you’re going to have to work with. I lived in Peru for 10 years, so my Spanish is very good. However, I’ve found that I do make the occasional mistake. When that happens, my girls scold and correct me.

I feel it’s important for both parents to speak the foreign language you want to teach because that helps them stay on task. The children are going to exert a pressure to speak whatever language they are more exposed to. Mom and dad have to be unified to teach them their second language.

Sure, the kids might pick up an occasional bad habit from me, but I feel the overall greater exposure they get makes it worthwhile.

Raising bilingual children requires a major commitment from the parents. You have to use your vacation time to go to a country where they speak the language you are trying to teach. This is very important for your child on a number of cultural and developmental levels in addition to their language acquisition.

Children need to see the language in practice. They have to swim in it and catch casual pieces of conversation happening in the background. It’s important for them to go out to eat and have a waiter approach them and ask them what they want in the language they are learning.

Without some immersion experience, the children start to think that the language isn’t even real, like it’s a vast conspiracy designed to make them miserable and waste their time. Once they see how wonderful and beautiful foreign languages are, they become even more compelled to learn them.

Here’s an example of a wonderful foreign language acquisition vacation:

5. Teach them to read in the foreign language too

Americans are so far behind the rest of the world in language acquisition that they’re delighted by anyone who can speak a second language.

Yeah, not funny, so go teach your children a foreign language. But remember that it’s not enough that they can speak, they also need to know how to read. Buy them books in a foreign language, and sit them down and make them read them.

In our family, we waited until our children were comfortable reading books in English before we started them on books in Spanish. My eldest daughter was actually surprised when she sat down and could read a book in Spanish without any difficulty. However, it’s still important that they read the words, see the grammar, and passively learn spelling and sentence structure.

At the very least, do the trick with the cartoons

Not everyone is in a situation where they can implement every component of teaching their children a foreign language at home. Immersion schools are becoming more and more common, and providing your child with a second language is an excellent way to prepare them for more educational and career opportunities. Foreign languages give children a greater context of the world and of human history, it also allows them to get information from a wider variety of sources.

It is ideal to raise fully fluent children, but any exposure to a foreign language is very useful. If you do nothing else than change the setting on your streaming service to the foreign language of your choice, you will establish a strong language foundation. If you are living in the United States, your children will not be lacking in their exposure to English. If you can give them a base in a second language, even if they seem to have completely forgotten it by the time they engage in formal study, they will still retain a familiarity that will help their acquisition.

Foreign languages allow you a whole new perspective on the world and open doors to many exciting opportunities. Give your children a lifetime advantage by helping them to learn a foreign language. It can start with something as simple as changing a setting on your television.

Previously published on “A Parent Is Born”, a Medium publication.